By using our website, you agree to the use of our cookies.
Got it!
Community, News, Sharpeville Tribute 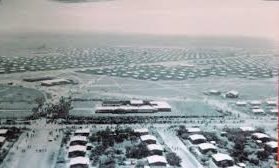 The 21st of March will linger in our memories if we never fail to teach our young generations what really happened. A day sixty-nine lives were lost.

There were different commemorations held in Sharpeville. The African National Congress president Mr. Cyril Ramaphosa addressed an audience and stressed the importance of human rights and the achievements the ruling party has reached in the past twenty-five years.

The president said twenty-five years ago only thirty-six percent of houses had electricity as compared to today where eight out of ten houses are electrified. Among other things, the president mentioned the right to housing, water, safety and health as basic needs of South Africans.

NSFAS: A Temporary Relief At Last