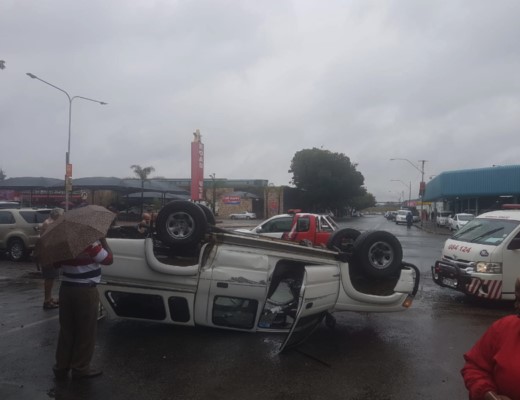 This accident took place on Friday afternoon the 05th of April at the intersection of Voortrekker street and Smuts avenue in Vereeniging. The bakkie was lying on its roof in the middle of the intersection while the SUV was a short distance away and badly damaged.

Four male occupants believed to be between the ages of thirty-five and forty were seated by the roadside. Paramedics attended to them and they were transported to Medi-clinic for further treatment.

At the time of going to the press details surrounding this incident were not yet known and the matter is still under investigation by relevant local authorities.