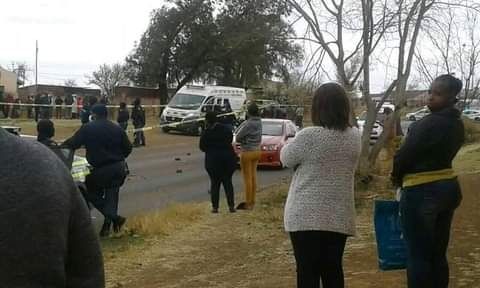 Above: Deceased inside red vehicle.

It is alleged that he was involved with Nigerians selling drugs.

It is rumoured that he had joined two different drug groups.

One group found out and decided he was not loyal.

He was shot earlier this year early January at Vaal mall but survived.

He did lie low for a few months until recently when he started showing face again.

Today he was shot and died on the spot.

It is not yet known who killed him and what the reason truly is.

Some people were celebrating his death.

It is suspected that the people who shot him earlier this year might be his killers.

Three suspects arrested for car hijacking and recovery of the car: