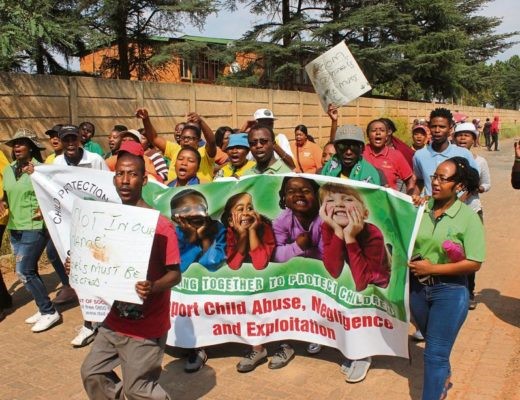 A 22 year old suspect charged with two counts of rape involving  two minor girls aged 8 and 9 years appeared in the Sebokeng Magistrates court this week. The suspect is also facing a charge of murder after stabbing the little girls after raping them. The suspect appeared briefly in court for the appointment of a legal representative and bail application. The incident took place apparently in Sebokeng zone 10. Residents were up in arms outside court and the suspect was remanded in custody. The case has been postponed for further investigations.

In another incident, four men were killed in Evaton shooting on Monday 26 March. When paramedics arrived at the scene they found four men who included a security guard on the floor. After inspection the four men were declared dead on the scene. On further investigation ER24 spokesperson Luyanda Majija said they found three security guards with moderate injuries due to assault and were rushed to Emfuleni Medi clinic for further treatment.