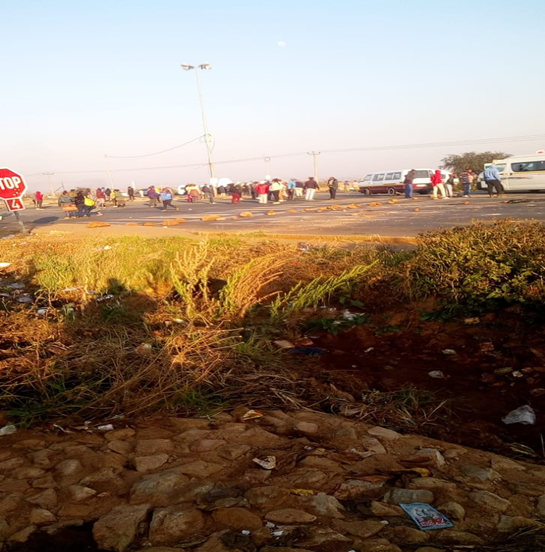 Residents of Driziek extension four took to the Golden highway this morning to protest once more for lack of electricity supply. Adding to their concerns is the extreme shortage of water availability for over six months now.

They got so furious and took to the streets and burned tyres and blocked motor vehicles from using the Golden highway which is a major national route.

The taxi association negotiated with the dissatisfied residents.

And later an agreement was reached that only taxis will be allowed to pass.

Also here a very low percentage of these residents pay for water and electricity.

Tragic murder of a three-year-old girl

Evaton wakes up to chaos: