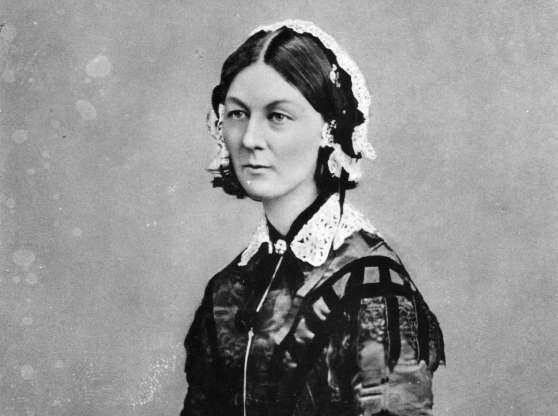 May 12 marks the birth anniversary of Florence Nightingale, the “founder of modern nursing.” Born to a wealthy British family, Nightingale found her calling in alleviating human suffering and went on to pursue it against all odds. Here’s looking at some facts from the extraordinary life of the “lady with the lamp,” the nursing trailblazer who during the Crimean War saved the lives of many soldiers.

Florence was born to William Edward and Frances Nightingale in the Italian town of the same name.

At 16, she realized that nursing and caring for people was her true calling and urged her parents to study the same, a request vehemently opposed. She stood her ground in the face of all odds and managed to convince her parents and in 1851, she enrolled at a Christian school for women in Germany to study nursing.

In 1853, she served as Superintendent of the Hospital for Invalid Gentlewomen in Harley Street of London, but drew no salary.

In 1854, during the Crimean War (1853-1856), Sidney Herbert, the then British Secretary of State for War, appointed Florence, who was a family friend, to introduce female nurses into the British military hospitals in the Crimea.

She came to the Crimea with a little over 30 nurses but received a cold welcome from army doctors. However, while working at the hospital barracks at Scutari, she managed to reduce the mortality rate by imposing strict discipline and high standards of sanitation.

Florence Nightingale earned the title of the “lady with the lamp” for her habit of making rounds in dark hallways carrying a lamp to check on her sleeping patients.

She would also often write letters (pictured above) for wounded soldiers of the Crimean War.

Nightingale was also a statistician, pioneering the use of infographics and graphical data during the war. In 1859, she wrote “Notes on Nursing,” and in early 1860, she founded St Thomas’ School of Nursing in London.

(Above)Nightingale with a group of nurses at St. Thomas’ Hospital in London.

.  For her efforts, Florence is considered the founder of modern nursing.

In 1907, Nightingale became the first woman to receive the Order of Merit for her efforts during the Crimean War.

Her birth anniversary is celebrated as International Nurses Day around the world every May 12.

For her incredible contribution during the war, Nightingale received a letter from Queen Victoria once she returned home.

Say No to Drugs: