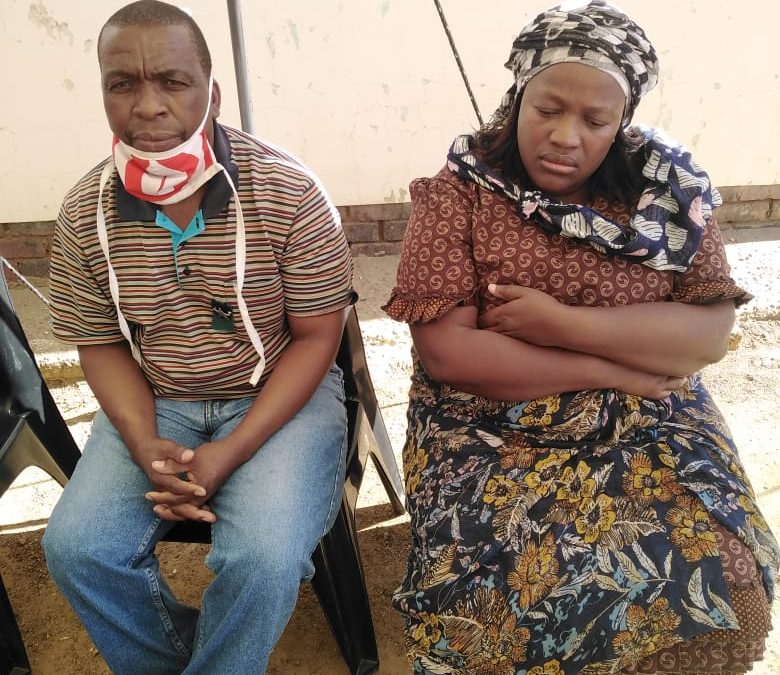 Due to no electricity supply for over eight months the community of Sebokeng ward 54 had to rely on different forms of heat generation including gas. This form of heat generation unfortunately led to the demise of four members from the Mahlaba family. The family prepared supper using a gas stove but apparently did not properly secure the gas flow unit. With doors and windows closed overnight the family was overcome by fumes from the leaking cooking gas cylinder. By morning the father aged 54, mother 43, children aged 10 and 13 both girls had lost their lives. The area community is unhappy with this situation because they have been trying to resolve the electricity supply issue for months. It really is very sad that lives had to be lost for something to be promised. Now Eskom officials have sprung out from the unknown and have given the community application forms to fill with the promise of electricity supply once a thousand rand down-payment has been paid by individual households. Eskom is really a day late and a dollar short is this regard.

What concerns the community most is that the ward councillor residing within the same area has electricity supply.

We have elected individuals among our community to represent our concerns as local representatives but it seems they are occupying these positions for personal gain and putting themselves ahead of the electorate. It is an honour if a person is elected into public office but some people think it makes them important, better and above the community they represent. Understanding being a public servant has lost meaning, people see it as an opportunity for personal enrichment and an opportunity for making sure they live better lives than the community they have been elected to represent.

We can only hope communities wake up, smell the coffee and take responsibility for their residential areas because it nearly is getting too late to arrest and rectify this situation, said one resident. Report by: Lefa Thatelo.

The team was flown over parts of Emfuleni: