By using our website, you agree to the use of our cookies.
Got it!
Community, History, Human Interest 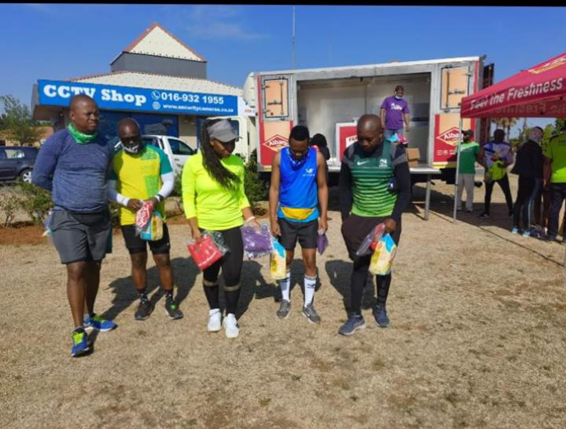 5km,10km and 21.1 km marathon took place in Vanderbijlpark on the 24 September 2021. Top runners athletic club together with the school shoes project powered by Albany tinkies organised the marathon as giving back to the unprivileged around the Vaal.

Mr Hlongwane one of participants told the reporter that towards the finishing line, it was tough but he was happy to have finished the marathon. He also mentioned that it was for a good course.

He furthermore told the Reporter that he hopes for this kind of events to be done concurrently every month hence there are a lot of people who needs to be taken care of. This will make not only the Vaal but the whole of our country better in terms of fighting poverty. Well done Top runners athletic club and school shoes project as well as the Albany tinkies.

They were in Sharpeville