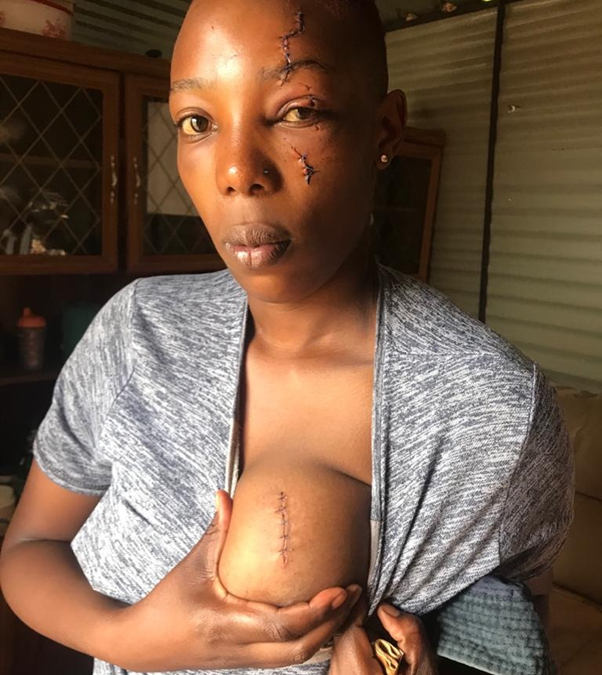 Lakeside estate is not safe anymore, says Sbongile Dlamini who is a resident. She was attacked by a group of guys who were with a girl who thought she is dating her sister’s boyfriend, she says they were just having a good time as it was on a Saturday , this old male friend showed up and they were happy to see each other and they decided that he should join them which he did, a few hours later power went off and it went dark as it was already late at night, she says next thing she knows this girl came out of nowhere and started interrogated Sbongile, as she was trying to explain that she and the man are old friends, she felt a beer bottle breaking on her forehead,she somehow managed to grab one too herself and as she was about to hit her too, a gang of men attacked her, a case of assault has been registered with the De-Deur SAPS. The suspect will soon appear in court; it is said that this lady refuses to tell who those men are that she was with.

Tributes To Sharpeville: The First of Many…