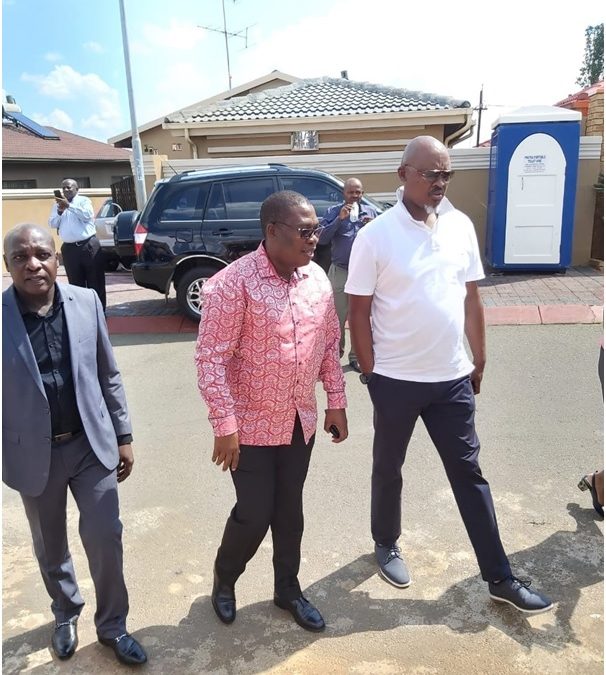 Today, the MEC of Education, PanyazaLesufi visited the family of Principal Emmanuel Tshivhase from Jabulile Secondary School in Orange Farm who was shot dead on the 9th January 2020.

The MEC, after having a conversation with the family said that he feels guilty as charged for what happened and even the family feels that the department failed them. When this incident happened, Mr Tshivhase and his wife were in a 40 days fasting, praying for challenges happening at the school. He promised that they will give the police time and space to do their work regarding this case.

The MEC promised that tomorrow (13 Jan) he will be visiting the school as Wednesday is too far.

Mr MashuduMalimagovha who is the Acting District Director of JHB South where the school falls, told the reporters that the school had issues itself, where the SGB and staff were fighting amongst themselves. When the Principal came from work, he would share with his wife what happened at work. Malimagovha said that some of the things they knew and they have interfered in solving them. According to him, the principal tried to stop the corruption that was happening at school, especially in the finances side.

On the other side, family spokesperson, Pastor MashuduTshinavhe said every time when the Principal wanted to fix the school problems, he would be called to order by some of the fellow colleagues. As the family, they think that this incident was done by someone who knew the Principal well.

The memorial service will be held on the 14 Jan 2020 at Baptist Church in Meadowlands while the funeral will be take place on the 17 Jan 2020 in Limpopo province.

Manhunt launched after six patrons were shot at a local tavern: