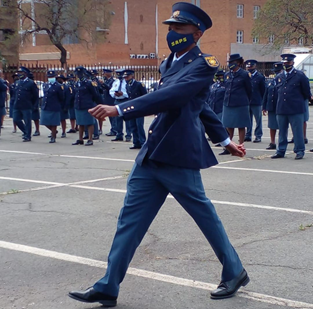 One of the recipients Mrs Thembeka Maxambela, after receiving her medal said this is going to be one of the most unforgettable moment in her career.

Captain Teboho Lephoto (Spokesperson of SAPS) told the Reporter that Sedibeng region consists of 14 police stations and due to Covid 19 regulations the personnel who attended the event was limited to 500. More than 800 personnel have received the medals.

He further that the idea behind this event was to honour and award SAPS members with medals for outstanding performance. They are serving this country with loyalty and dedication. He also mentioned that they have showed a great deal of commitment during their careers in the South African Police Services (SAPS).

Lastly he thanked Brigadier PP Mokoena, Brigadier SE Mokoena and Brigadier Doctor Sibuyi for honouring them with their presence during the event.