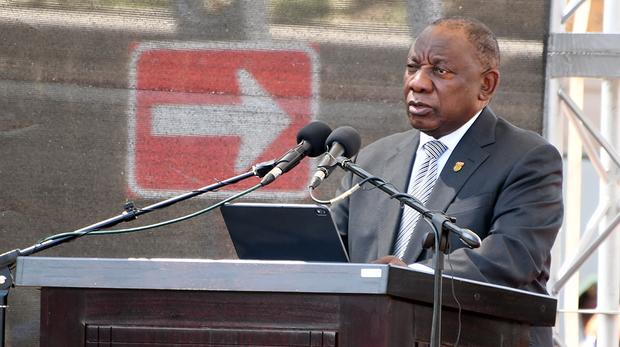 Johannesburg – President Cyril Ramaphosa has officially rejected the Independent Commission for the Remuneration of Public Office Bearers’ recommendation to increase his executive’s salaries.

Last week, the commission recommended pay hikes of 3% for public office bearers earning more than R1.5 million and 4% for those getting less than R1.5m.
However, on Friday Ramaphosa announced that the salaries of deputy president David Mabuza, National Assembly Speaker Thandi Modise, National Council of Provinces chairperson Amos Masondo, as well as their deputies, members of the executive would remain the same.
Mabuza, Modise and Masondo’s salaries will remain at just over R2.82m per year, while ministers will stay at above R2.4m and deputy ministers, MECs and speakers of provincial assemblies will also remain at almost R2m.

The nine provincial premiers will still earn R2.26m per annum.
Despite stating that it understood the constraints the state was under last week, the commission still recommended salary increases for all public office bearers including traditional leaders, judges, magistrates and councillors.
Ramaphosa’s determination does not include the judiciary and traditional leaders and salary increases for councillors will await Cooperative Governance  Minister  and Traditional Affairs  Dr. Nkosazana Dlamini Zuma’s green light.
The president’s salary is determined by the National Assembly but it is highly unlikely he will be awarded a pay hike when he has determined that they will receive no increases.
Other lowest paid members of parliament and provincial legislatures have been awarded slight increases.

STATE OF INJUSTICE: Sorrow and fury after parolee arrested for murder of eight-year-old Tazne