By using our website, you agree to the use of our cookies.
Got it!
Environment, Feature, News 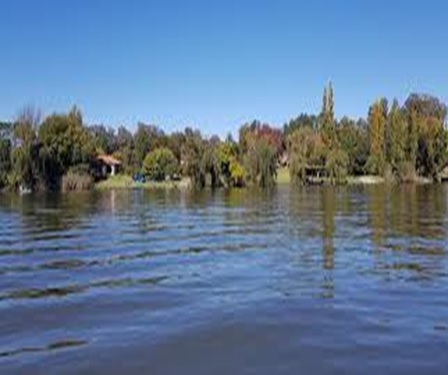 Vaal River is the largest tributary of the Orange River in South Africa. The river has its source near Breyten in Mpumalanga province, east of Johannesburg and about 30 kilometres north of Ermelo and only about 240 kilometres from the Indian Ocean. It then flows westwards to its conjunction with the Orange River southwest of Kimberley in the Northern Cape. It is 1,120 kilometres long and forms the border between Mpumalanga, Gauteng and North West Province on its north bank, and the Free State on its south.

It is the third-largest river in South Africa after the Orange River (2200 km long) and the Limpopo River (1750 km long) and was established as the main source of water for the great Witswatersrand area after the gold rush during the 19th Century. The Vaal Dam lies on the Vaal River in Deneysville just south of the border between Gauteng and the Free State.

Vaal is a Dutch name (later Afrikaans), translated by the Griquas or Boers from an earlier Kora Khoekhoe or Orakobab name, sometimes spelled as Tky-Gariep (in Khoekhoegowab orthography it is ǀHai!garib, drab river). Both Vaal and Tky (in modern orthography ǀHai) mean “drab” or “dull”, which alludes to the colour of the waters, especially noticeable during flood season when the river carries a lot of silt. In the upper reaches the river was named Likwa (Sindebele), Ikwa (isiZulu), ilikwa (siSwati), lekwa (Sesotho), or cuoa by the Khoikhoi, all referring to the plain it traverses.

Historically, the river formed the northern border of Moshoeshoe I‘s Basotho kingdom at its height in the mid-19th century, then became the boundary between two Boer republics: The South African Republic (later the Transvaal province) and the Orange Free State. The geographic name “Transvaal” comes from the name of this river, meaning “beyond the Vaal river”. This was in respect to the Cape Colony and Natal, which were the main areas of European settlement at the time, and which lay south of the Vaal.

During the late 19th Century, there was an influx of people migrating to the Witwatersrand in search of gold. The Vaal River would eventually become the main water source for the Witwatersrand. The growing population initially used water from the groundwater of the Zuurbekom Wells in Gauteng’s West Rand. Eventually, these would dry up and people would need a new source that could provide for their domestic, agricultural and industrial activities.

Water schemes were initially established by the private sector to deal with the growing demand. These included the Braamfontein Water Company’s Vierfontein Syndicate of 1893 and the Sivewright Concession of 1887 by the Johannesburg Waterworks and Exploration Company. Water was expensive and largely inaccessible for most inhabitants.

The Rand Water Board was established in 1903 to take over the operations of the private sector with a mandate to investigate sustainable water supply and sanitation services. The organization would become fully operational in 1905, supplying water in bulk to the Witwatersrand. The organization’s members included officials from the Johannesburg Town Council, The Chamber of Mines and other local authorities within the Witwatersrand.

Rand Water responded to water scarcity by imposing restrictions on Witwatersrand inhabitants in 1913. It also developed major water schemes that would respond to the growing demand. Between 1914 and 1998, the organization partnered with various government and private entities to drive the Vaal River scheme and the barrage (1914–1924). The Vaal River scheme was an initiative established to manage water distribution. The Rand Water board also established the Vereeniging Pumping Station (1924), the Zwartkopjes Pumping Station, the Vaal Dam (1938), the Zuikerbosch Pumping Station (1949) and the Lesotho Highlands Water Project (1998).

Our once pride and precious source of water and life is being damaged and ruined by ourselves. Raw sewer is flowing into this national jewel and destroying life in its wake. The cause being us human beings who should be wiser and intelligent to know the consequences of such behaviour. How do we allow people to damage sewer infrastructure without taking harsh and severe action against them? Do we allow a few rotten individuals hold the nation to ransom in exchange for what exactly, I say this because repairs are done only to be destroyed a few days later. What will it take to correct this destruction to our ecology? What do we want future generations to think about what kind of humankind were we to leave such destruction for them to inherit.

Our beautiful inherited natural resource we must value and protect.