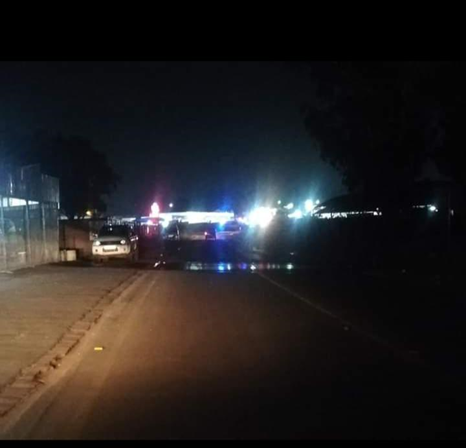 The ongoing feud between Meyerton Taxi Association (MATA) and Faraday Taxi Association left a Michael Rua Primary School learner dead after a stray bullet hit him during a shootout in De Deur on 11 March.

The learner who was on a school bus was hit in the head and later succumbed to his injuries at Kopanong Hospital.

De Deur SAPS spokesperson, Sgt Maria Letsele spoke briefly “Police received a complaint of shooting in progress on R82 road next to De Deur Primary school. Upon arrival, it was established that three vehicles were involved in a drive-by shooting whereby shots were randomly fired towards a group of Faraday Taxi Association members. The involved vehicles then sped away towards Johannesburg. One African male died on the scene while another one was injured. One 9mm firearm, empty 9mm cartridges, rifle cartridges and a projectile were recovered at the crime scene.”

Four vehicles at a Motor dealership in the area were also damaged during the shooting.

A case of taxi violence, murder and attempted murder has been opened for further investigations.

De Deur SAPS’ Station Commander, Colonel Lydia Landingwe urges anyone with information to contact De Deur SAPS on 016 450 9200 or alternatively call Crime Stop on 0800 10 111 or use the My SAPS app.

A man sentenced to two life terms in prison.

The team was flown over parts of Emfuleni: