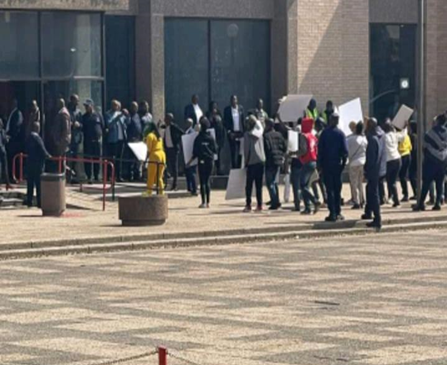 Members of the ANCYL were protesting outside at the Emfuleni council sitting held at Vereeniging on the 23rd of August.  They were protesting against an EFF councillor who is accused of rape.

They were demanding that he be removed from council until his name is cleared. The Reporter tried to speak to one of the protesters but with no luck as no one seemed willing to avail themselves in talking to us.