By using our website, you agree to the use of our cookies.
Got it!
Crime, Local, Politics 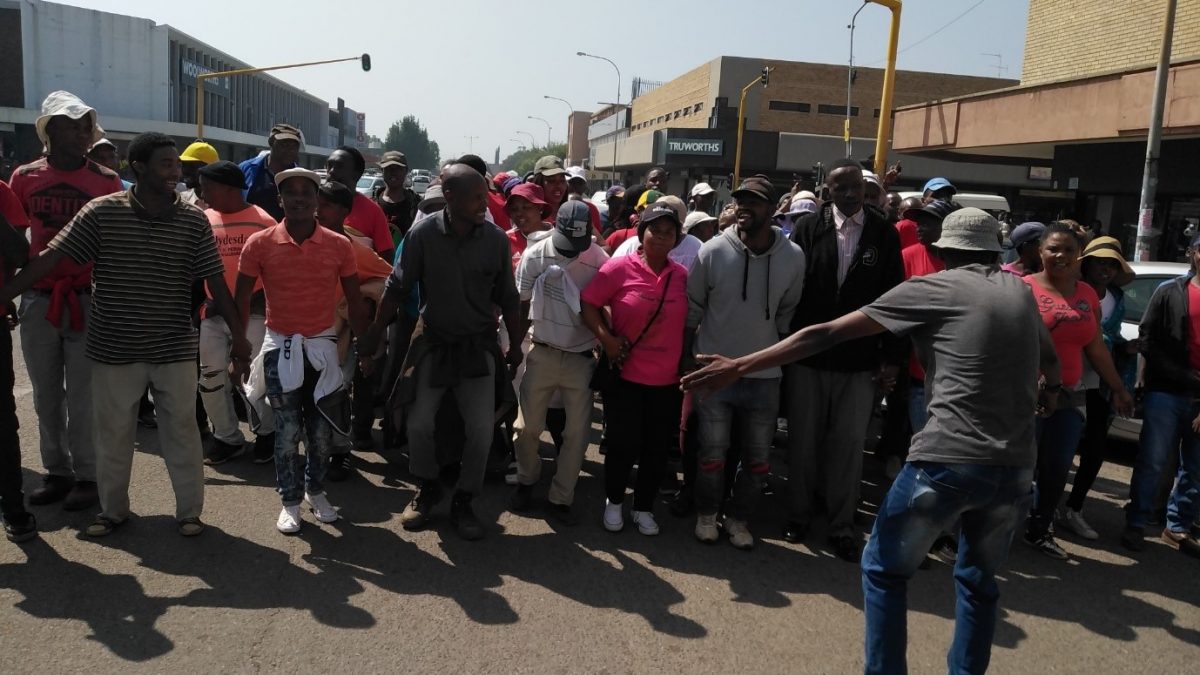 Angry residents of Drezik extension 10 marched to the Vereeniging magistrates court in protest to support their leader Sibonelo Zulu whom they claim was arrested last year for malicious damage to the Eskom offices.

Residents now believe that some politicians are trying to keep their leader behind bars until the elections.

Their memorandum lists a number of demands they want to be addressed. The residents say their leader should be released within five days, they also claim that the Eskom offices that were burnt was the act of irate residents and not their leader. Some supporters say that charges against their keep on changing because they hear that he is now being accused of illegally selling vacant stands in the area, and others say they see politics at play because the case is being moved to different magistrate’s courts. Residents now believe that some politicians are trying to keep their leader behind bars until the elections.