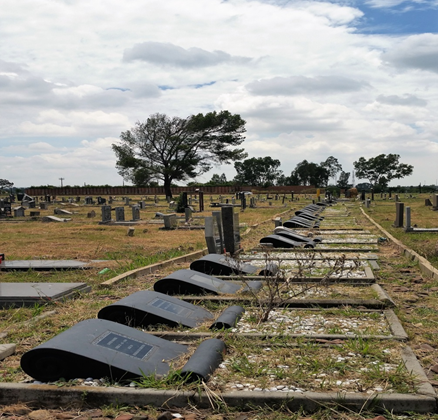 All those years ago when you laid your lives down, sixty-one years to be precise. These are the men and women who were unarmed and took a bold decision to face their oppressor to voice their disagreement with tyrannical unjust laws they were subjected to. People were slaughtered. Their family’s lives were changed forever.

REMEMBER THIS: They never fled the country.

The peoples struggle continued inside South-Africa, people were killed and maimed. Families were torn apart.

In 1976 un-armed students took on armed to the-teeth army and police when pressured to be taught in Afrikaans as a medium of instruction. The toll of deaths continued to escalate unabated.

In the 1980’s the mature students intensified their pushback efforts. Among all struggles the most notable is the defiance campaign and those in the Vaal triangle where people were sentenced to death but later converted and Boipatong massacre to name a few.

THE PEOPLES STRUGGLE CONTINUED UNTIL THE SO-CALLED: NEW DISPENSATION WAS USHERED IN. THE PEOPLE HAD FOUGHT AND WON THE POLITICAL BATTLE AND NOT SOME POLITICAL PARTY.

Let us look back at what was happening within all the strife in the country.

People continued to have employment and those business men and women who operated their own establishments. There was a schooling, thriving and vibrant different sporting activities. People made the best of those few available amenities. People stayed in clean and tidy environments. Yes, we could find time and space to be happy and enjoyed the finer things in life. People never went to sleep on empty stomachs.

There was housing. In most instances being married and being employed was a pre-requisite. To some extent that helped build strong family values. Build strong families and the nation will take care of itself. It was a shame to rummage through rubbish bins. Nobody did that.

All state owned entities have collapsed. It is normal for raw sewer to flow into houses and rivers. People go to sleep on empty stomachs. People live shameful and sub-standard lives in shacks. People live in squalor and it is fine with government. If the ruling party could have inherited a bankrupt state believe me they would have screamed their lungs out as they do when they want to blame things on apartheid.

It is a horrifying that so many billions of rands have been misappropriated and stolen by our own so called leaders. They have been observed to practice cannibalism. The government is shameless and ruthless to the society they promised to serve. Any business these days is riddled with corruption. SHAME ON YOU. You make us a laughing stock of the world.

There is so much to chronologically tabulate one can write a novel.