By using our website, you agree to the use of our cookies.
Got it!
Community, Health, News 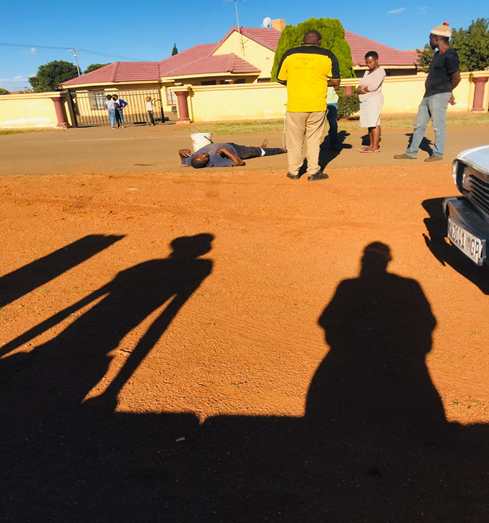 The struggle of people staying in-doors due to government lockdown continued in some parts of the Vaal, this man had walked from Tshepong to Debonair and it is alleged that he was headed to Savannah city during the lockdown, he suddenly collapsed in the middle of the road ,luckily enough the car that was driving past the driver was a nurse, residents were told to keep their distance as it is unknown what the cause of his fall was, he then later regained consciousness and told the news reporter that he has epilepsy and he had not taken his medication due to hunger, he was making his way to his girlfriend’s place so he could get something to eat, he later continued with his walk and refused to get medical attention. Before he left the scene he said he was unemployed and unfortunately was not receiving food parcels from local government officials as widely reported in the media.