Wanted for Rape in Sebokeng: 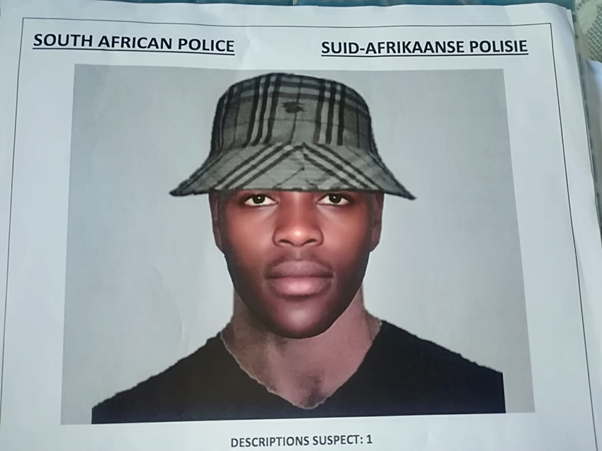 Sebokeng: The police are requesting the members of the public to identify this man depicted in the picture, after he committed a crime on the 22 March 2020. It is alleged that he raped a young girl aged 17 in an open veld between Polokong and Westside Park. It is also believed that he might be in his 30’s of age and dark in complexion. Anyone who might know or identify this suspect, is urged to contact the investigation officer, Sergeant A. N Mwale on the following number 064 803 1077 at Sebokeng FCS unit.