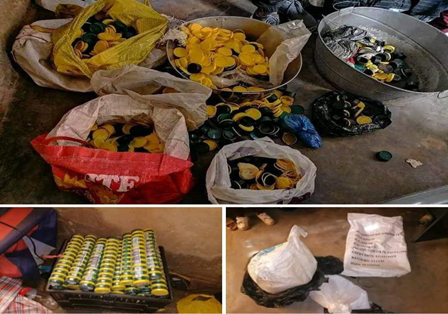 The Flying Squad and K9 Unit members of the South African Police Service from Sedibeng in the Vaal Rand area executed a search and seizure disruptive operation on Monday, 15 August 2022.

The team initially conducted investigation in Midrand on counterfeit taxi-snuff, which led to an operational facility at Drieziek Extension 9 in Orange Farm, Gauteng. During the search, multiple packets of counterfeit snuff, empty containers, tobacco and other chemicals were found and seized for further investigation.

The suspect will at a later stage be served with J175 summons to appear in court pending the finalization of the criminal and civil cases against her, for the violation of Counterfeit Goods Act.

A 37-year-old serving 30 years for rape and sexual assault: