By using our website, you agree to the use of our cookies.
Got it!
Community, Human Interest 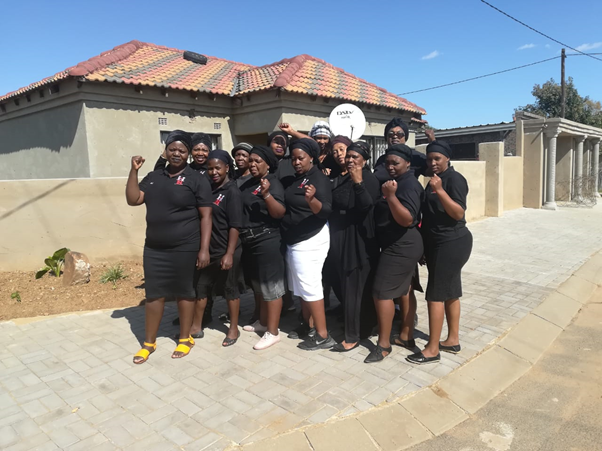 WIM (Women in Motion) is an organisation based in Orange Farm Ext 3 and focuses on women, children and men that have been affected by any kind of violence. They have been operating since the 12th of September 2019.

The organisation will receive cases and incidents and will recommend referrals to all the relevant departments which will take the situation further, but they will still stay in contact to see if there is progress or not.

Though there seems to be problems with the Orange Farm SAPS because there are some cases that have been referred to them but were mishandled or dismissed. Baba Ndwandwe the police colonel has been working well with WIM being very supportive and has also made sure that the cases that are brought to them are being sent to the correct departments where action will take place and justice is served.

There was a case in September 2019 of rape which the Orange Farm SAPS didn’t handle properly then WIM intervened and the case was sent to Crime Child Protection Unit in Vereeniging where they were given positive feedback that they could go back and report to the family.

In the past six months there have been cases that have made great progress that the court dealt with.

There is a case that failed, but media intervened and they were able to reactivate investigations, said Sophie Semo the founder of Women in Motion.