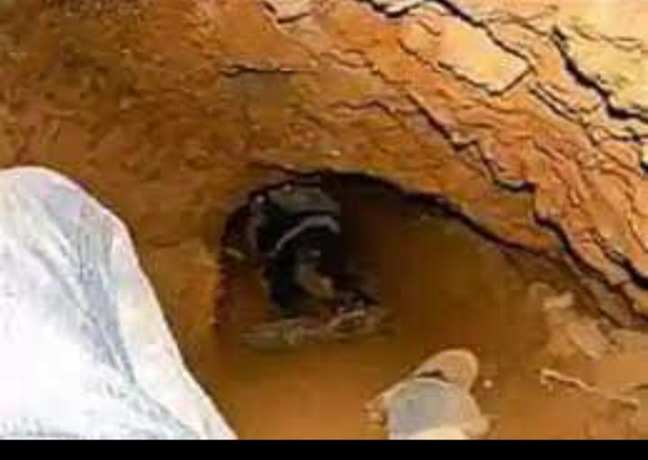 The Gauteng Hawks division arrested five illegal miners in De Deur on Tuesday, last week. Gauteng Hawks spokesperson, Captain Lloy Ramovha, said the zamas ‘were arrested when Sedibeng Crime Intelligence officials acted on a tip-off about suspicious activities in Doringkuil at a plot along Pasteur Road. According to Ramovha, on arrival at the scene, a Nissan bakkie, cellphones and equipment associated with illegal mining, along with about 80 tons of gold-bearing materials discovered.

He added the seized items are valued at approximately R1 million. The scene was processed overnight with the assistance of members from the Forensic Science Laboratory (FSL) and Sibanye Stillwater Mine for a clean up. The Vereeniging Magistrate’s Court fined and jailed the five illegal miners for running an illegal gold refinery and are expected to be deported to their home countries on completion of their sentences after the Vereeniging Magistrate’s Court declared them undesirable persons. The head of the Hawks in Gauteng, Major General Ebrahim Kadwa, commended the team for their outstanding efforts in dismantling yet another illegal mining activity.

One deceased and three others injured in car accident:

Lifeless body of a man discovered near a sub-station: